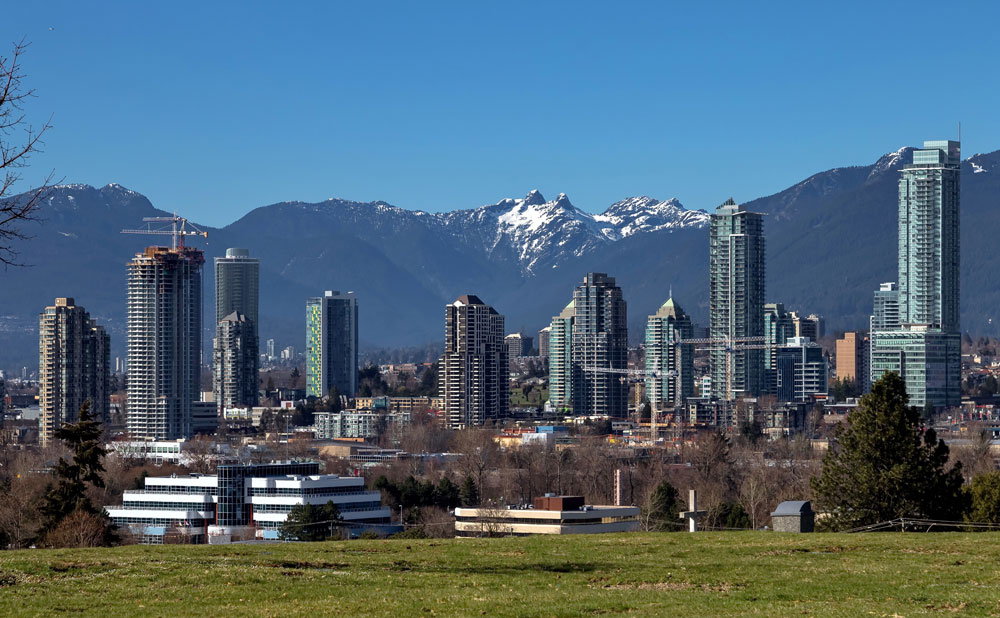 Burnaby is part of Metro Vancouver and immediately to the east of the City of Vancouver. It is the third-largest city in British Columbia by population, following Vancouver and nearby Surrey. Burnaby is home to many industrial and commercial firms. British Columbia's largest (and Canada's second largest) commercial mall, the Metropolis at Metrotown, is located in Burnaby. Still, Burnaby's ratio of park land to residents is one of the highest in North America. It also maintains some agricultural land, particularly along the Fraser foreshore flats in the Big Bend neighbourhood along its southern perimeter.