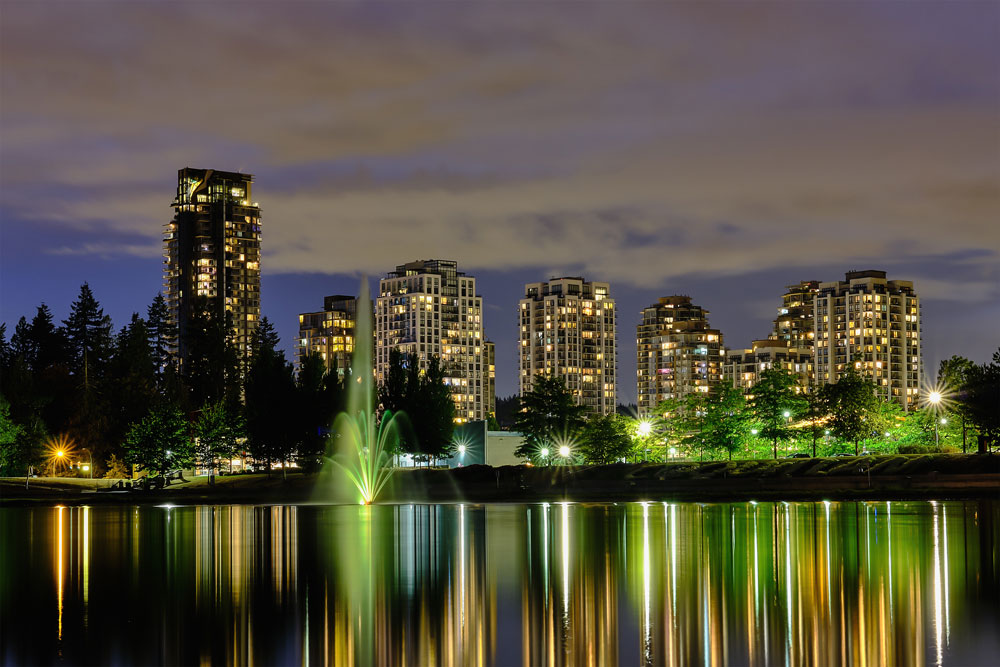 Coquitlam is a city in the Lower Mainland of British Columbia, Canada. Mainly suburban, Coquitlam is the sixth-largest city in the province and one of the 21 municipalities comprising Metro Vancouver. Coquitlam's geographic shape can be thought of as a tilted hourglass, with two larger parcels of land with a smaller central section connecting them. Southwest Coquitlam comprises the original core of the city, with Maillardville and Fraser River industrial sector giving way to the large residential areas of Austin Heights, colloquially referred to as "The Bump" due to its high and flat plateau topography. These older residences, with larger property dimensions, are increasingly being torn down and replaced with newer and larger homes.

Being in close proximity to Vancouver and surrounded by the rest of the Lower Mainland, Coquitlam residents have access to virtually unlimited choice in cultural and leisure activities. Within the city itself are numerous venues that bring these choices closer to home. As a bedroom community, the majority of Coquitlam residents commute to work in Vancouver, Burnaby, and other Metro Vancouver suburbs. Source: Wikipedia